No matter whether you have brown or blue eyes, you’ve probably been wondering how you’d look with green eyes, for example. But very few of us know that there are a number of factors including food and emotions that can change the color of our irises. We will tell you the most interesting facts and show examples how eye color can change appearance using celebrity examples.

We put together some interesting facts about how and why a person can change the color of their eyes.

1. How mood can affect eye color 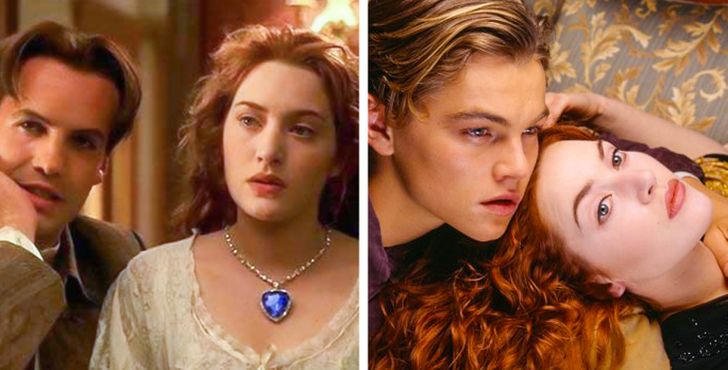 Bright emotions are a certain shock to our body. When we experience severe rage or bright joy the frequency of our heart beat changes, our breathing speeds up, and it becomes harder to breathe, but the color of your irises also changes. It can become more intense, sometimes darker, and sometimes lighter.

It seems the most vivid color can be found in people who experience moments of happiness. 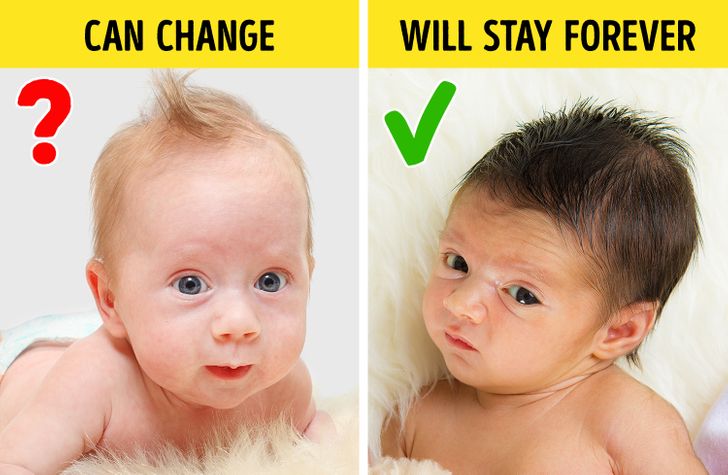 If a baby was born with greyish blue eyes you might be surprised later. The secret of blue eyes, which is also called “the sky effect,” is in the low content of melanin in irises that disperses light and reveals an even brighter, blue-like color. The eye color of many babies at the age of 3-18 months can become darker if the quantity of melanocytes in their irises becomes bigger. For example, people who live in mountainous regions are often born with blue eyes that transform into hazel eyes later but it mostly depends on their parents’ eye color. Sometimes, the final eye color isn’t established until the age of 12.

But babies who are born with brown eyes experience no changes and they maintain that eye color for the rest of their lives. Due to a high content of melanin, the outer layer of the iris absorbs and reflects light which results in the brown color. By the way, even though dark-eyed people suffer from eye diseases less often, they should still wear sunglasses. In accordance with research conducted in the Czech Republic, brown-eyed people are usually perceived as more reliable, while light-eyed women have less problems with negativity and depression.

By the way, the latest research has proven that there are 16 genes that affect eye color, that’s why it’s difficult to predict the color before birth. 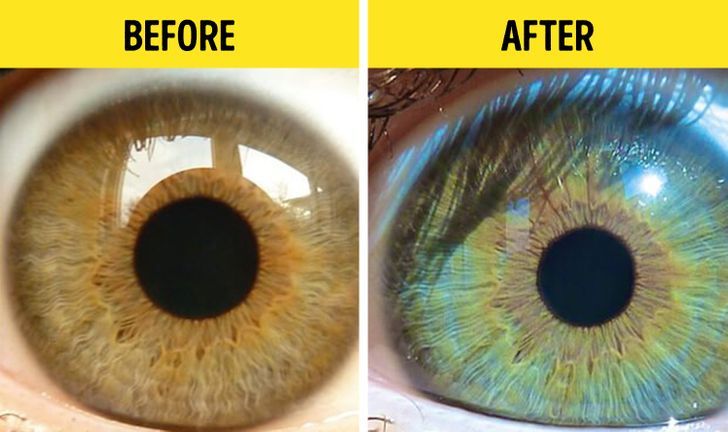 There is a theory in alternative medicine that the color of the irises and the health of internal organs are connected. This direction in medicine is called iridology but since it doesn’t have a sufficient evidence base, it is considered pseudoscientific. But Dr. Robert Morse, a health expert who’s had a quarter of a million patients, believes that the outer quadrant of the eye is connected with the health of the brain while the inner circle is connected with the digestive system. He says that plenty of fruits and vegetable in your diet can change the color of your eyes and he even created a series of videos dedicated to his research.

The photos above show Carly Fraser of Live Love Fruit who has been eating raw vegan for 6 years. You can see how her diet has changed the color of her eyes. According to Dr. Morse, the high concentration of yellow hues signifies a large number of toxins. She managed to improve the work of her digestive system and monitored how the color of her eyes changed from green-brown to a lighter and more intense green, she also managed to change the white part of her eyes to be more clear and bright white. Apart from that, Dr. Morse says that every person’s pigment is unique and requires an individual analysis. He believes that spinach helps to keep eyes youthful and bright, honey can add warm hues, and seafood can make the color more intense. The other foods that can affect the color of eyes are olive oil, onions, and nuts.

4. Make-up and clothes can change your eye color.

Women have magical tools that they can use to change their eye color and make it more intense. Their magic wands are make-up, clothing, hair color, and accessories. For example, ladies with brown eyes can use outfits that are gold, pink, and bright green to make their irises lighter.

While blue-eyed and green-eyed beauties can reinforce the intensity of their eye color with the use of turquoise, emerald, and blue. Neutrals like white, gray, and black colors can help to underline your natural eye color. By the way, if you wear glasses, ask your specialist to make your glasses with an AR-coating which neutralizes glare and allows everyone to see your eye color clearly.

5. Sunlight and place of residence 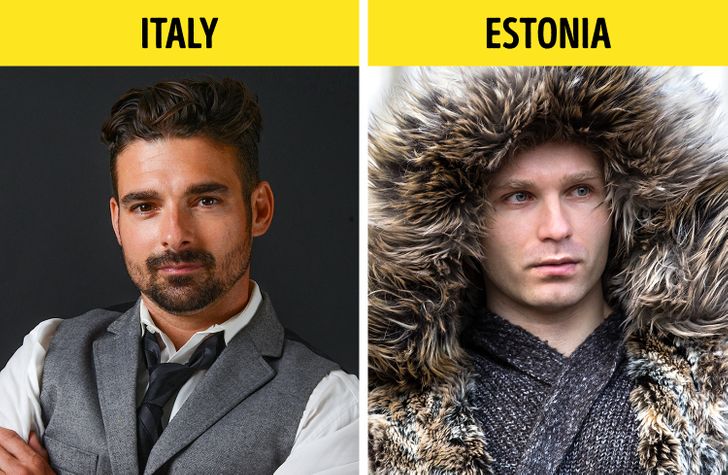 Brown eyes are the most common color on Earth, 70% of the planet population has them, and you can find them on all continents from Australia to North America. In certain regions, the percentage of brown-eyed people reaches 95%, like in Asia, the Middle East, South America, South Europe, and Oceania. In the USA, 50% of population has brown eyes.

Blue-eyed people are more common in northern Europe: Estonia, Denmark, Finland — 85%, Germany — 75%, and the UK — 50%. Sometimes, this eye color can be found among people in the Middle East. By the way, genetics researchers from the University of Copenhagen discovered that blue irises are the result of a mutation that took place around 6-10 thousand years ago. Dr. Eiberg mentioned that initially everyone had brown eyes but a mutation decreased the production of melanin. Scientists suggest that it happened first in areas to the northwest of the Black Sea.

Only 2% of the planet population has green eyes. This hue formed due to the moderate content of melanin and combination of yellow-brown pigments. Green eyes are most common in Spain, Ireland, Russia, Brazil, Iceland, and Pakistan. The rarest eye color is yellow which is the result of eyes that have a lipochrome pigment. 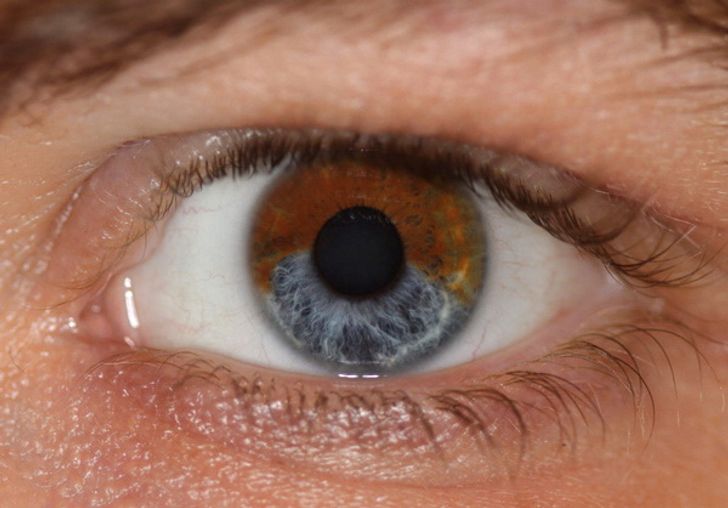 Operations like this used to be very risky and could even result in blindness, which is exactly what happened to this Argentinian instagrammer. But in 2011, Dr. Gregg Homer invented a laser surgery that can change eye color. With the help of a laser, melanin cells are destroyed making irises become lighter. This means that people with brown eyes can become blue-eyed or gray-eyed.

The procedure lasts for only 20 seconds, and the final result becomes visible in 2-4 weeks. Dr. Gregg Homer got this idea from a fellow dermatologist who removes birthmarks and moles with laser. The research showed that this operation doesn’t affect vision but in order to study all side effects, more time is needed. Homer even said, “You can undertake this procedure without worries as soon as I allow my daughter to do it.” 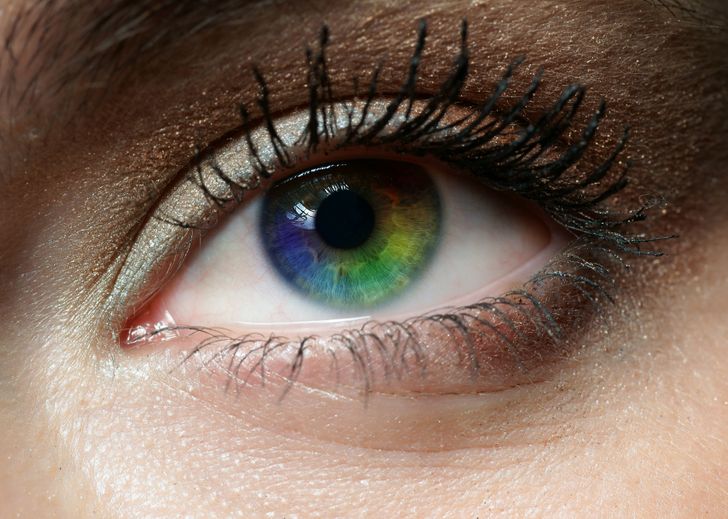 Some people have eyes that can change color. Even though this phenomenon hasn’t been studied in-depth yet, all scientists still agree that this is not a disease, but a unique particularity which only a few people have. Usually people with green-blue or hazel eyes have chameleon eye color. Medical doctors haven’t found any problems with vision among these people, and this “gift” can’t be inherited either.

According to research, a consistent change of eye color is connected with processes in the nervous and endocrine systems and the quantity of melanin. Chameleon eyes react to stress, romantic feelings, and weariness, their change can also be connected with the environment and climate change. Psychologists say that these people are sometimes unpredictable and mischievous.